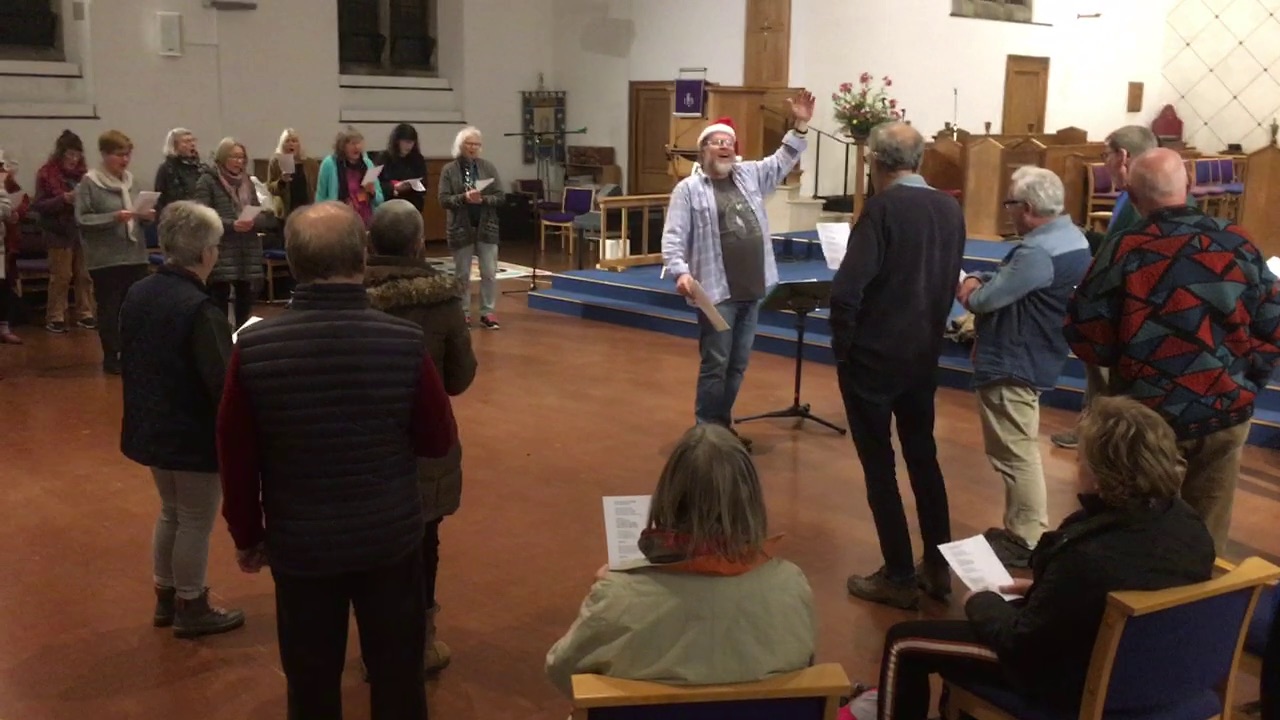 That was the question on our minds during the first of Chris Samuels’ “Weird and Wonderful Carols” workshops on Thurs 25th Nov.

Yes, we were in a church (the lovely acoustics of St Paul’s, Southville), but we learned two carols from the old tradition of Christmas singing in pubs, still well established in Yorkshire (folk singer Kate Rusby tells Songs of Praise about it here) .

Chris has been seeking out tunes from Somerset, Wiltshire and Gloucestershire and bringing them to a wider audience.

We learned Hark The Herald Angels to a tune called Carlingcott, named after the the Somerset village where it is sung. There’s a clip of it being sung in the pub at Bradford on Avon here.

We also sang The Dunster Carol – I hear along our street. This has words from Henry Wadsworth Longfellow set to an old French tune. It was adopted after the First World War by the village of Dunster on the edge of Exmoor in West Somerset, where it is still sung boldly and with good courage!

Here’s a clip of us when we’d just about got the hang of it:

For his next Xmas workshop on Thurs 2nd December (book your place here!) Chris has promised us one of the 400 known tunes for While Shepherds Watched. This one is also known as Sweet Bells as made popular by Kate Rusby https://www.youtube.com/watch?v=mWz2X_h72nU